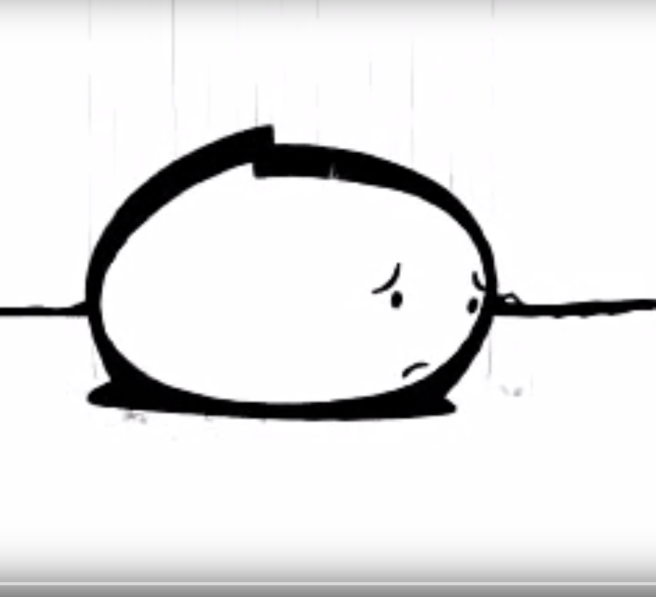 Maybe it shouldn’t be surprising when Your Elder seems really flat.  So much has changed in two years.  His memory really acting up.  He’s not working anymore and many of his friends are gone.  As is his wife.

But I didn’t know depression can also have a connection to small strokes …  which I am told My Elder may have experienced.   It’s hard to let someone you love suffer when it seems like something – medication, talking, a ballgame – could help.  These things haven’t done the trick, exactly, so a special consult is in order.

How do you help someone who has good reason to feel bad … when they used to be able to snap back?  It is crushing to watch them hurt.   And then I feel useless.

What lifts up your Elder’s spirits?  Your own?  They keep saying put your oxygen mask on first.  What nice scent should we add to the oxygen? 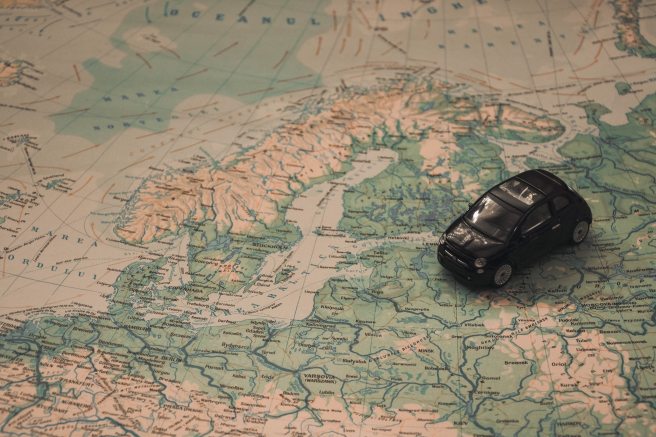 Someone is finishing up the months when he agreed to go to Assisted Living – a winter of “respite care.”  Someone can’t really live at home now, and one of us has offered to live with him — and add a “housekeeper” (day nurse, shh) so he can enjoy his beautiful yard and patio.

But Someone insists he’s going to find a better “Retirement Home” than the awfully nice and expensive place he is already at.  Magical thinking:  he thinks when he leaves one place he can just move in directly to a new place.  In two weeks.  With no knowledge of said places except some brochures.

It is heartbreaking to see someone you love lose the ability to navigate their lives.  And even more difficult because they think they still can.  And none of these places are at all transparent about pricing.  Do you buy in?  Rent?  Is it a skilled nursing facility? Are there on-site people to do PT and OT?  What is the medical supervision like?  What are the additional charges – making sure he gets his meds, for instance, and a certain “level” of care?

How do you navigate for someone who is deeply depressed, not thinking right, and probably won’t find a better situation than he’s currently in?  And someone who thinks he’s perhaps a burden, and doesn’t want you to disrupt your life by moving in, or his life, by being in his house to boss him around and keep an eye on his intake of bourbon?

Your thoughts?  This is such a complicated journey.  There are no maps. 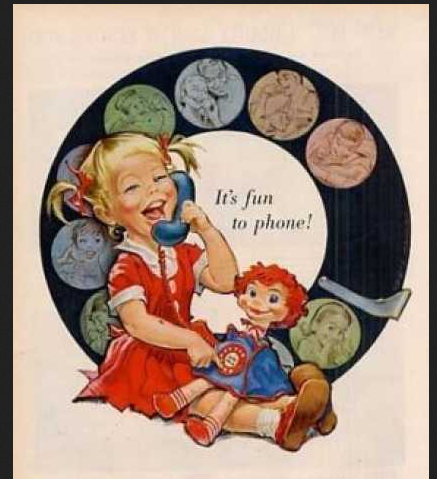 What do you expect from your friends, when you are caring for a loved one?

What do you expect from their friends?

It’s hard to explain, to people who know Your Elder, that he is not the person they used to know.  They keep offering to do things, like play tennis, or Scrabble, that he just can’t do anymore.  And they seem frustrated that he isn’t responding to their very nice offers of Company and Friendship.

And when he doesn’t make sense on the phone, they call you.

“But we’ve invited him out to play Scrabble, and he doesn’t even want to do that!”  They have to understand, he’s not the person they knew.  He’s operating with new limitations.  He can’t play word games anymore.  He doesn’t even want to read books.  It embarrasses him, so he just declines.

And you feel frustrated and kind of ticked off, that they don’t offer to do things he can do … because they aren’t things anyone does.  Like sit around the popcorn machine at the Assisted Living residence and just wait for a cocktail or a snack.  Or watch the Girl Scouts do a sing-a-long.  Or the kids who do Irish step-dancing on St. Patrick’s Day.  No, it’s not what any of us really wants to do, but it’s what’s on offer at the Assisted Living place.  And it’s not perfect but all he has energy for.  Or attention.

How do you handle Your Elder’s friends, when Your Elder isn’t the friend they knew?  How do you not get frustrated and resentful when they aren’t offering more help?  When it’s not really their job, but you think, it must be someone’s job, to stay friends, to recognize and accept decline.  How do you do all this, alone?

One of us is going to have The Conversation tonight to ask Her Elder to seriously consider moving into assisted living, at least for the winter.

It was a weekend of panic attacks and crying and wanting to hide under the covers, after going to his house to find zero groceries, untouched food she had cooked from well over a week ago, and then, cooking the one salmon filet he’d bought only to find it had really gone off.   It was a final straw.  He was existing on mini-Hershey bars from Halloween.  And bourbon.  And naps.

When your writer pulled up Her Elder was stuck in the driveway with the car door open unable to get out of the driver’s seat . He’d just gone to physical therapy, but somehow couldn’t extricate himself from the car.   He’d also been cat-sitting, but had forgotten to give the cat any water.

So after a sibling powwow and a visit to the nursing home he’d spent time at … we found a great room, open, furnished, lovely.  He’d just visited friends for dinner there last week and told staff he was “lonely.”  But the idea of moving is somehow akin to giving up – even tho your writer would happily move in herself and work on a book in the sunny, terraced suite while the staff does all the very good cooking.  What’s not to like?  “It doesn’t take Medicare,” he’d grumbled before.  Well, we knew that.  No assisted living places do – unless you’re discharged there after a hospitalization, and then only for 90 days.  Aren’t you glad you’re reading this cheery post?

This writer has been googling “How Do I Tell My Parent They Need To Go To a Nursing Home?” and finding some poor results.  Because you can’t force him … and there isn’t a good conversation template for what happens when he resists.

So our argument (or, persuasive language …) will be that 1) It’s winter and not safe to drive, and in Washington even a whisper of snow shuts down everything, and a half-inch becomes a sheet-rock of ice pretty quickly here.  2) It’s better to choose where you want to be, than to end up wherever you can find with a room open if you have an accident or injury and can’t live at home.  3) Not eating and not seeing anyone is making him much weaker, and he can’t get a new pacemaker procedure if he isn’t healthy enough.  4) The unannounced road trip through Iowa and MN was a real indication of problems with judgment, and deeply unsafe.  To say nothing of losing the car the week before, or losing now two I-phones.  And 5) he can still keep his house and return to do his paperwork and errands there – it’s a five minute taxi ride.

Would any of those reasons convince you? Probably not.  But they’re the best we have.

Wish us luck.  The daughters are doing this together over dinner.  This is not a happy conversation.  But he’d be happier around people and we’d be happier knowing someone – including lots of nurses – is always looking out for him.

In Our Elder’s World, this means kind of a full day.

One of us drives to the suburbs, retrieves Elder, with his latest list of meds, and his cane, and some water and some Depends and some snacks in case we run late.  It’s like having a toddler.

Mostly this means leaving the house at noon, picking him up at one, getting to hospital by two, navigating parking and entrance and steps, a few hours of tests and filling out forms, and repeating what the doctor says several times, and taking notes, and getting more lab slips, helping him dress, driving him home during rush-hour, making dinner, and going back to our home in the city.  Total time: 8 hours.

He was supposed to get a scheduled blood test before this appointment, but he was at another appointment and asked that doctor to do the test and send it in.  We’re not sure that worked, but we’re stuck with it.

We don’t begrudge one bit this task.  Really.  It’s just that it TAKES. SO. LONG.  So we marked out this day for this and packed up a laptop in case there’s downtime to get some work done.

The scary part is the doctor wants him to get a new pacemaker … and the last time he went into the hospital, he was there for three weeks.  So the pacemaker has become a stand-in for all sorts of fears and complications and uncertainties.  We’ve been told if he doesn’t do it, it’s Game Over.  That doesn’t feel so good.  And we’re not sure he totally understands.  Wish us luck.

So one of your new job descriptions is:  Pharmacist!

One of Our Elders takes 16 pills daily … and that is on the low end.

We sort them weekly, in a plastic Pill Minder,

But sometimes she forgets to take the Morning ones, or runs out of one kind, or the doctor changes the dosage.  Or, better yet, she decides she’s REALLY, ALREADY taking one for the same thing, so she decides to skip the pink ones.

So it’s back to CVS, or another call to the doctor, or we dump them all out on the dining room table and sort out which is which again, and restock for the rest of the week.

We have hundreds of CVS coupons because we spend so much time there.  Do you need some toothpaste while we’re out?  We have another two-for-one deal.

Let us know how you manage the meds.  Seriously, we’re getting confused.

One of our elders made some very impulsive choices over Thanksgiving.  They involved airplane travel, cancelled flights, a lost I-phone, and an epic car ride across the Midwest. All by himself.

Thankfully cousins located him at at a big-box Target on Thanksgiving night, riding a motor-scooter cart with a shopping basket, drinking from a single-serve box of wine.  He just really wanted a road trip.

What have you encountered when an Elder slips the leash? Or makes some rash choices? Do you put the brakes on or do you let them do what they’re going to do?  Even if it involves some really stupid decisions?

Featured ~ Twenty-Four Seven: A Podcast About Caregiving ~ Leave a comment

Welcome to Demented.  It’s a place to discuss what happens when you become your parents’ parent.

We’re a group of colleagues (who mostly met at NPR) who’ve all become a primary caregiver for one or more of our parents, a lot sooner than we expected.

So we’re building this site and this podcast because we need a place to vent, to laugh, and to learn how to navigate this strange new passage in life.  And to feel less alone.

We want to know what you want to hear.  And what you can teach us.

We promise:  no mushy talk about “the caregiver journey.”   We’re known to swear.   We want to build something useful for people like us; something that will make this easier.

A word about our title.  “Dementia” is the term for a group of symptoms that make cognition more difficult.  That’s kind of how we feel.  We’ve almost lost our minds handling these strange new responsibilities.   We are the Demented ones.

Time’s up.  One of our parents just lost his car in a downtown parking garage, so we have to go retrace some steps and find it.  Send a word of what you could use from this space

PS:   The picture up at the top?  That’s the default image from the webmaster.  We kind of like it because everything feels a little fuzzy and unrecognizable in the Demented world. Plus, we’re too busy to go look for stock images right now.   Talk soon.